Like so many people, I find myself in a fair share of anxiety-inducing situations. I’ve dealt with everything from arrogant co-workers to almost getting hit by a getaway car. (True story.) Others might suppress whatever short-term anxiety they have until it eats them alive. But I’ve chosen methods of self-care to counter whatever anxiety I’m battling. I’ve already discussed with you the benefits of meditation, now I’ll share with you another tool you can use, one that tastes as good as you’ll feel after drinking it: chamomile tea.

Chamomile tea already has a reputation for being a relaxing drink, but that’s only scratching the surface.  The same properties that make chamomile a good drink for bedtime also make it the ideal remedy for reducing anxiety.

Herbalists and medical professionals classify chamomile as a natural herbal sedative. The reason is because the flower is rich in an antioxidant called apigenin, a substance with calming and anti-inflammatory properties. The levels of apigenin in chamomile are strong enough to relax tension in the body, which is a reason that the tea is recommended as a remedy for muscle spasms as well.

Because anxiety builds up physical tension, what you need in order to counter that tension is a relaxant. While certain prescribed remedies can help, chamomile offers a more immediate solution with no toxicity levels. Because it is absent of caffeine, it has been seen to be superior even to green tea when it comes to its calming effects.

As far as brands of chamomile tea go, Celestial Seasonings and Bigelow are two big-name brands that you can trust when it comes to quality.  If you’re looking for a bargain brand, Manasul makes an affordable, yet even more potent, variety of chamomile tea.  The reason Manasul’s brand of chamomile tea is especially strong is because its tea is made from the heart of the chamomile flower, which equals higher concentrations of apigenin, which leads to quicker results when you need to reduce emotional tension and anxiety.

So, the next time you fell as if you’re at the end of your rope, or the world is just hammering away at your patience, take the time to brew yourself a cup of chamomile tea. And take you’re time as you sip it; make every drop count. 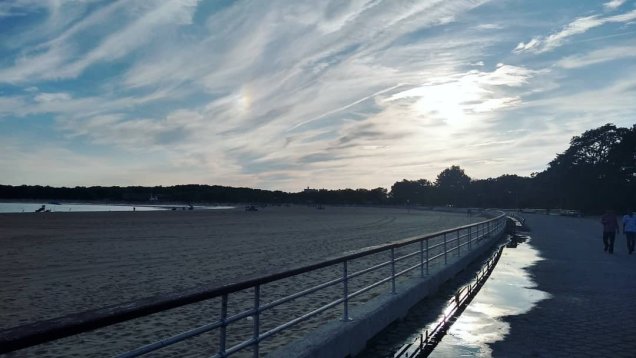 In my stress relief practices, one of the major things I recommend is to take a trip for yourself, no matter how near or far. This summer, I had made a promise to myself that before the end of August, I’d take a trip to Orchard Beach in The Bronx. Sure enough, Saturday of Labor Day Weekend, I was able to keep that promise.

After taking care of a few personal tasks in the early part of that Saturday, I made my way to the Bx12 local, the main bus line to take to Orchard Beach in the summer. After Labor Day weekend, the bus lines to that beach are discontinued until Memorial Day the following year, so it was my last opportunity to get there this year. Thankfully, I made it to the bus with plenty of time to spare.

The bus ride was unusually dreamlike, with little to no traffic, which is unusual for a holiday weekend. The feeling of pulling up to the beach entrance was a feeling of joy and relief, making it there with 3 hours until closing. I walked through the paved path through the trees, and when I saw the spread of the beach, it was as if I had found a paradise a stone’s throw from the city. 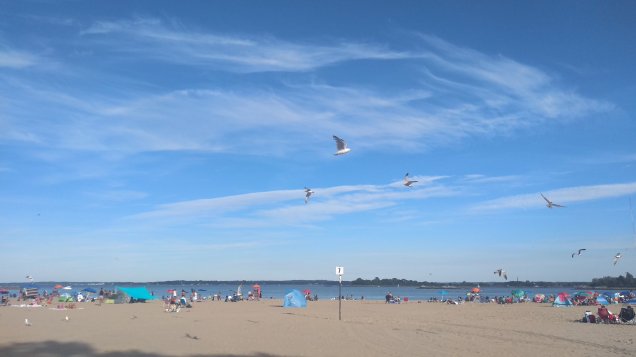 After grabbing a hot dog and a bottled water, I started my walk along the paved path beside the beach, admiring the view of the Long Island Sound as it stretched toward the ocean. I couldn’t help but snap picture after picture of the seagulls as they flew over my head. The further I walked, the less crowded the beach became. 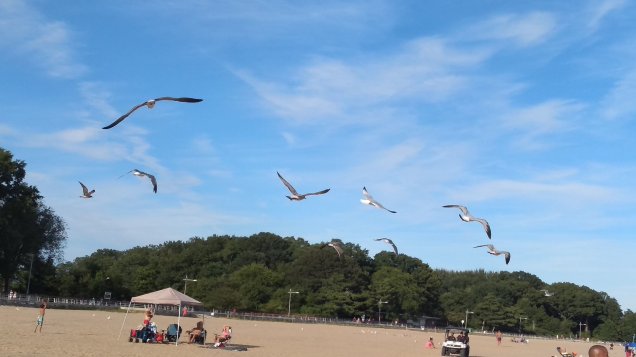 Soon, I found myself compelled to walk on the sand, keeping my sneakers on, and walking as carefully as possible to reduce how much sand could seep into my shoes. It felt good to walk on the beach, feeling the coolness of the wind on my face, the smell of the salt water. I ended up walking so far down the beach, I had made it to the edge. 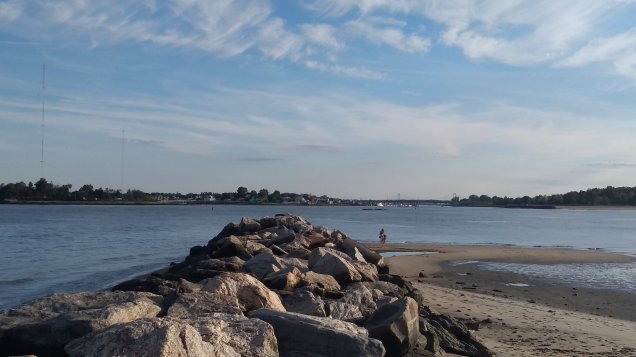 This was my first time climbing the rocks at the edge of Orchard Beach. I could see the yachts and other boats sailing down the ocean water, the jet skis zooming towards the land. The calm ripple of the ocean waves were so calming, I had to close my eyes and listen. When I slowly opened my eyes, I couldn’t help but look into the distance to my left. I saw two small islands, the Twin Islands, out in the distance. I had to get a closer look. 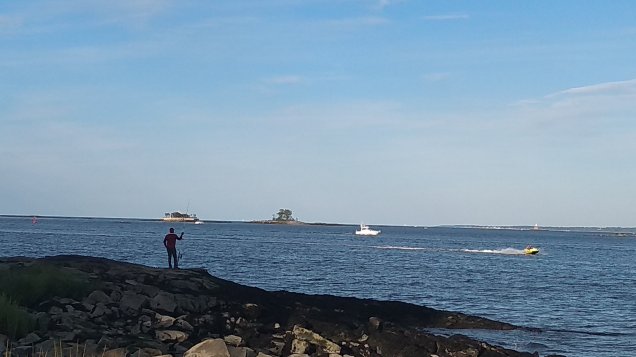 I found a small, sandy path just beyond the end of the paved walkway, and as I walked that path, I could see a small group of people along the rocky edge. A lone fisherman, a father and son fishing together, two men drinking beers and laughing, and a woman looking off in the distance. Just past the lone fisherman, I could see the Twin Islands perfectly. It was the first time in my life I had seen them. So many people have been to this beach, but so few of them have ever heard of the Twin Islands, let alone seen them. As I snapped pictures, the lone fisherman gave me a thumbs up. Funny thing is, I didn’t notice until days later as I showed my pictures to my co-workers. 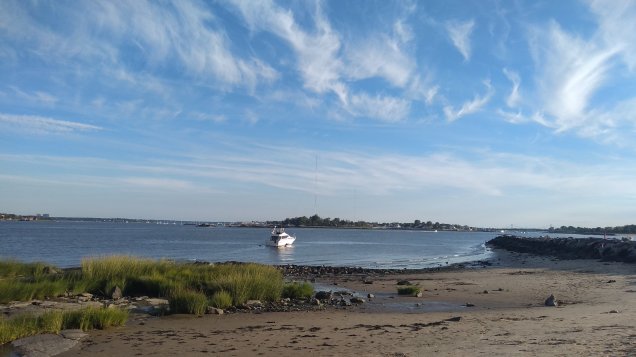 As I made my way back to the main entrance, I looked up, and I could see a small rainbow peeking through the clouds. I looked around, and no one else noticed it but me. It was a solitary and special moment as I made my long trek back to the bus, a way to end my trip that I can never forget. 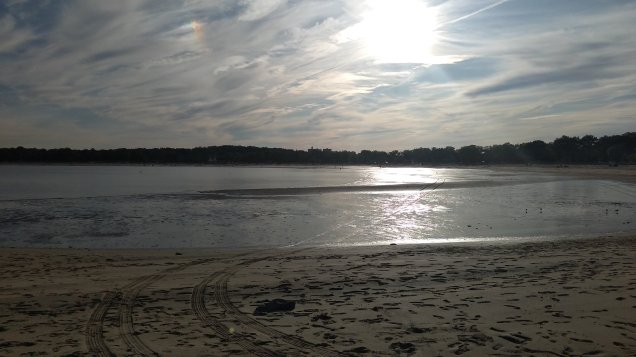 Sitting on the bus as I made my way back to the hectic mayhem of the city, one repeating thought dwelled in my mind: It’s amazing what beauty awaits us if we’re willing to push further beyond the roads paved for us. 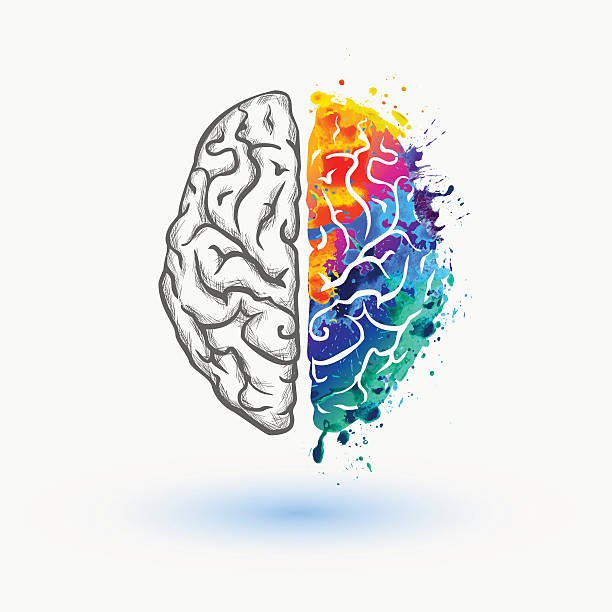 Today was a reminder for me about how real mental fatigue can be. There are days where no matter how healthy we are physically, the stress of the day can bear down on you until you’re aching from head to toe. Your muscles ache, your neck is stiff, and you feel like a rusty Tin Man without an oil can. Funny enough, there are metaphorical “oil cans” that can help you cope with and combat the mental fatigue of your day.

One of the easiest ways to combat mental fatigue is to stretch. You don’t have to do any fancy stretching to revive yourself mentally, just stretches as simple as reaching above your head, twisting your torso, or even bending over and letting your arms hang low towards the floor. Stretching eases the tension in your body and stimulates circulation.

Another way is to allow yourself a few minutes to meditate. As I mentioned in my previous blog entry, Meditating On The Go, you can relieve stress and mental tension with as little as 3 minutes of meditation. If you’re in an area that’s not exactly optimal for meditation, deep breathing can still help you beat that mental fatigue. (Be sure to read my prior blog entry for some quick meditation tips.)

When all else fails, hydrate. Drinking water helps cool you down and calm you down, and it can help flush out excess sodium that might be elevating your blood pressure, which plays into stress factors. If water isn’t doing the trick, drink some chamomile tea. It’s a natural sedative, and it’s an excellent way to reduce stress and anxiety.

There are going to be plenty of stressful days in our lives, but don’t let that stress conquer you. Take a bit of initiative and counter that stress with some relaxation.